The ECTR Model Law presentation at the Council of Europe 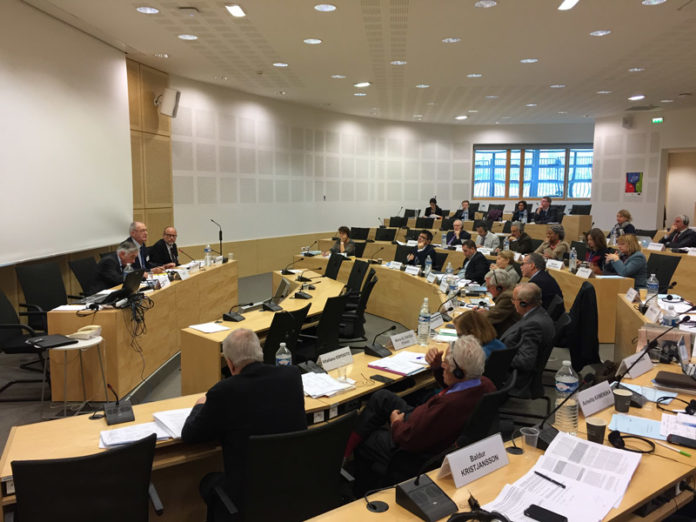 The Commission consists of 47 members, representatives of the 47 member states of the Council of Europe.The Commission was briefed about the project and its track record, including the  previous presentations in parliaments around Europe (Hungary, United Kingdom, Austria, Croatia, Italy, Estonia, European Parliament, ODIHR Poland). Afterwards they were in detail introduced by the ECTR experts about the key recommendations of the Model Law.

The discussion was interesting and focused on critical issues from the Model Law proposal, including stronger safeguards against hate speech, the introduction of Group Libel, specific mention of anti-Semitism, outlawing of Holocaust and other genocides denial, and educational initiatives from primary school upwards promoting tolerance, diversity and respect.

An important subject of the discussion has become the issue of immigration, and how to combine the right of immigrants to retain their identity with the right of the host society to remain integrated and coherent. In this respect, critical opinions were issued about the notion of “multiculturalism”, which has not turned to be a working concept due to the number and pace of immigration coming to Europe.

On December the 7th, 2016, the ECTR has presented the Model Law on Tolerance project to the Council of Europe in Strasbourg – European Commission against Racism and Intolerance (ECRI).