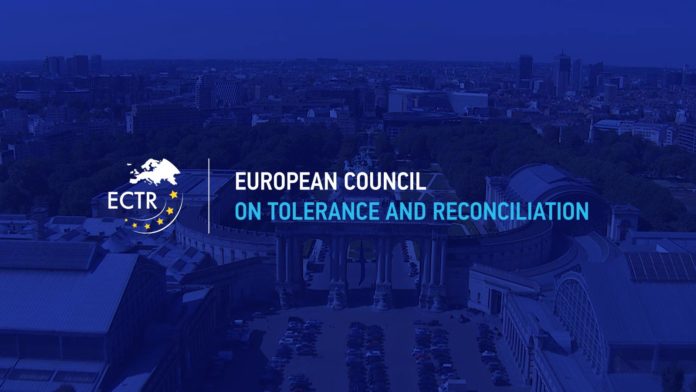 (Wednesday, 7 April 2022) – The European Council on Tolerance and Reconciliation (ECTR) today announced its decision to put all activities on hold until further notice.

The announcement is a consequence of the decision by the British government on April 6, 2022, to sanction ECTR founder and President Dr. Moshe Kantor, a decision that is both misguided and unfounded and which should be promptly reversed.

However, this decision must not become a distraction from the promotion of tolerance and the fight against antisemitism, racism, and xenophobia. These are the values that inspired Dr. Kantor to establish the ECTR, and for which he has continually and publicly advocated over the last fifteen years, and for which he has been granted the most prestigious awards and honours by heads of state and government across Europe.

We are deeply grateful to all active members of the ECTR, distinguished former national leaders and representatives of civil society, for their commitment over the past years.

We look forward to resuming our vital mission as soon as possible with a new board in the service of tolerance and reconciliation in Europe.